On September 27, 2022, the Ministry of Ecology and Environment (MEE) released the List of New Pollutants under Priority Control 2022 (Draft) for public consultation and comments can be made before October 28, 2022.

Most of the substances in the List have already been regulated and restricted in many countries. Details can be checked via CIRS’s APCISS system. 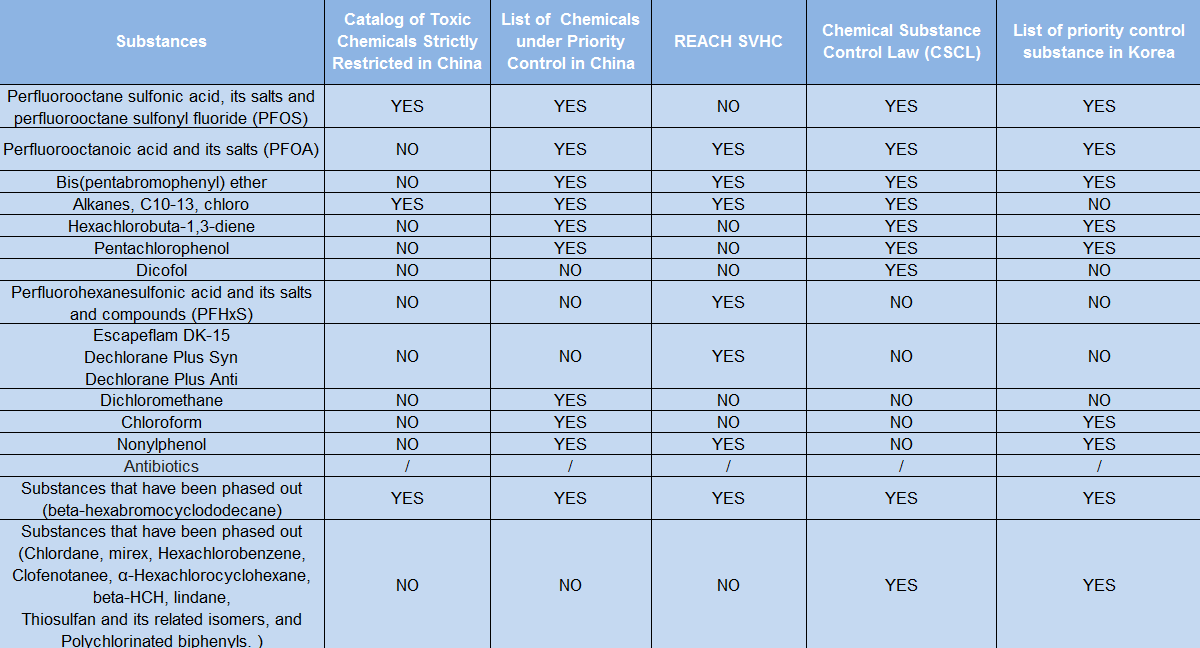 Conclusions can be made based on the table above:

The List of New Pollutants for Priority Control 2022 (Draft) has a wide range of sources. Most of substances included in the List are also covered by other lists as well, such as the SVHC and CSCL.