The Pain Points and the Opportunities in China's 'Geriatric Food Industry' 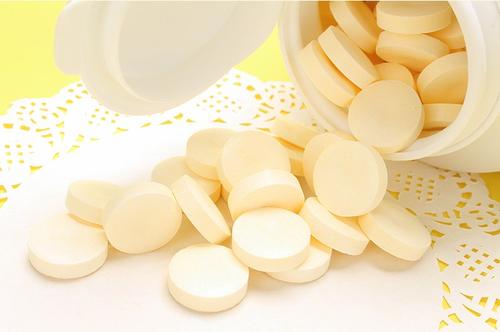 Since the 1990s, the aging process of China’s population has accelerated. According to the data of the seventh national population census, the proportion of Chinese aged 65 and over has reached 13.5%, which is higher than the global average of 9.3%. The aging population has promoted the development of the “silver economy” and expanded the consumption of the products and services aimed at older consumers. This article lays out the new opportunities and challenges for the "geriatric food industry".

As shown in the 2019-2020 China Food Consumption Trends and Innovations White Paper, jointly released by the China National Food Industry Association and other institutions, the annual per capita consumption of the elderly is 22,600 RMB (approx 3,065 Euros), while the annual per capita living consumption is 15,600 RMB (approx 2,115 Euros), 39% of which is food-related. According to a survey by the China Health Care Association, China's annual sales of healthcare products amounts to 200 billion RMB (approx 27,115,015,346 euros), among which the elderly consumers account for more than half, which shows that the spending power of elderly people is evident.

“False propaganda” often gives geriatric food a bad name. Living in a small circle, most elderly people in China find it hard to recognize frauds due to a lack of knowledge about new things, for which some offenders will disguise their false or misleading commercial propaganda as meetings, lectures, health advice, expert medical consultation, and use a variety of methods to earn the trust of the elderly people to entice them into paying for expensive healthcare products.

The frequent appearance of such news leads to a decrease in consumer trust in geriatric food. Even though there is nothing wrong with the food, it has taken the blame for the illegal actions of some unscrupulous merchants.

Common food products claiming to be for the elderly usually include some that can be instantly preparation such as elderly milk powder, cereal, sesame paste, lotus root powder, and other pastry products that are soft and generally easy to chew. However, in fact, most of the foods on the market that claim to be “suitable for the elderly” are almost identical to other common foods in terms of ingredients and nutritional composition. It is basically just a marketing tactic. For example, although some pastries are easy for the elderly to chew, they are high in oil and sugar and are not that suitable for the elderly.

As for the regulations, there is no category for “the elderly” in common food, and the claim of "suitable for the elderly" is not supported by regulations. Due to the lack of standards and the ambiguity in regulation in the geriatric food field, many companies promote their products as “suitable for the elderly” to enhance their product competitiveness. However, combined with the relevant regulatory announcements in recent years, such advertising towards specific groups of people is expected to be gradually restricted.

On September 7, 2018, the National Health Commission released a draft of the standard for geriatric foods: the National Food Safety Standards – General Standard for the Geriatric Foods (Draft for Comments), which filled the gaps in domestic standards for elderly products. However, the official standard has not yet been released.

According to the standard, geriatric food belongs to food for special dietary uses (click “What are Foods for Special Dietary Uses in China?” to find out more), and its definition and categories are as follows:

According to the Food Safety Law of the People's Republic of China, geriatric food does not belong to special food and does not need to be registered or filed by the food safety supervision and management department. Therefore compared to health food (dietary supplements), the period of geriatric food from product development to market launch will be greatly shortened. However, the landing of product standards and related regulatory documents (e.g., detailed rules of production permit) is still needed to achieve compliant production.

Geriatric food is mainly “health food”, which can be divided into nutrient supplements of vitamins and minerals and functional health food claiming to have specific health functions.

Affected by physiological decline and disease, the elderly are more likely to suffer from vitamin and mineral deficiencies, followed by some deficiency disorders. For example, a deficiency of calcium and vitamin D may lead to osteoporosis. Nutrient supplements can help the elderly effectively replenish their daily nutrient needs.

Currently, a total of 27 kinds of health functions are allowed to be claimed by functional health food. And it is proposed to reduce this to 24 kinds, as shown in the table below, including many functions closely related to the health problems of the elderly. The elderly can buy suitable health foods according to their own needs, such as “three highs” people can choose health food that is helpful in lowering blood lipids, blood sugar, and blood pressure.

Health food belongs to special food and needs to be declared to the national market supervision and management department for registration or filing, as shown in the table below. As there is no need for the filing products to conduct toxicological tests and functional evaluation tests, the low cost of declaration and the short period of preparation enables the filed products to launch to the market quickly. However, considering that the raw materials of the filing products are subject to the catalog system and the dosage forms allowed for the filing are very limited, the filing product brands that are not well-known may lack competitiveness in the market because of the serious homogenization of the products. For the products that require registration, enterprises have more choices of raw and auxiliary materials as well as dosage forms, but the testing cost is higher and the declaration period is longer. Besides, since the functional evaluation method has not been released, enterprises cannot carry out functional evaluation tests at present, and the product declaration process will be affected.

The future of Geriatric Food

To meet the dual needs of the elderly in terms of physiology and psychology for food, geriatric food should not be limited to paste, powder, pastry, or other similar types. The developing direction of geriatric food can be diverse, for example, prepared seasoned food, drinks, and even snacking food. Considering the different needs of the elderly of different age groups and different chewing abilities, enterprises can also make targeted adjustments to the softness and consistency of the products. When the functional evaluation method enters into effect, there will be more health food for the elderly to enter the market.

Fraud and false propaganda have led to long-standing chaos in the geriatric food market. In April this year, the SAMR carried out a nationwide campaign to combat elderly fraud, with a focus on overhauling fraud-related problems in the fields of “food” and “health food” involving the elderly. Besides, the SAMR will further promote the normalization of problem rectification in the field of food and healthcare products related to the elderly.

In addition to the problem-addressing, strengthening the positive promotion of geriatric food is also an important means to rebuild trust among consumers. At the present stage, there are too many negative cases in the news reports, resulting in damage to the reputation of geriatric food. So the authorities need to carry out the relevant science popularization and give positive guidance to eliminate the misunderstandings of consumers and put down their “wariness”.