Triethanolamine has been getting a lot of attention recently but there is some confusion over mixtures containing it.  In general, the concentration of triethanolamine in cosmetics is less than 0.5%, accounting for a low proportion. According to Article 57 of the Detailed Rules on the Implementation of Administration Regulations of the People’s Republic of China on the Administration of Monitored and Controlled Chemicals (MCCs), when the concentration of MCCs is lower than a certain concentration threshold, data declaration and import and export licensing can be exempted.

Recently, there was an inquiry on the official website of the General Administration of Customs about the necessity of applying for an Import/Export License for hand sanitizers containing a trace quantity of triethanolamine (0.051). 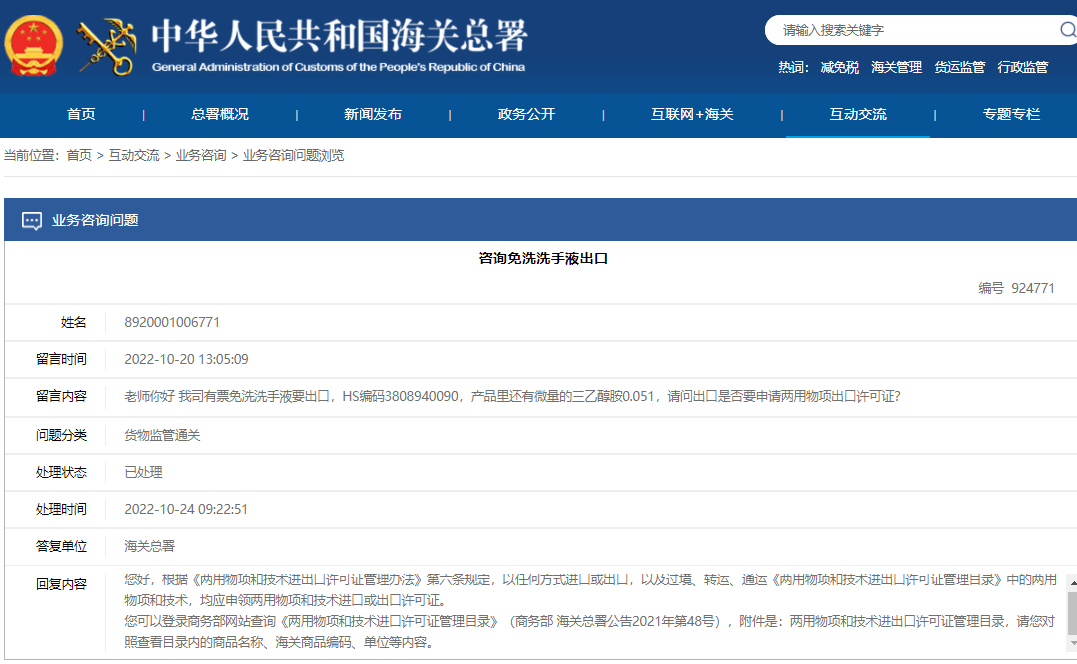 The General Administration of Customs has sought advice from the Office for the Prohibition of Chemical Weapons of the People's Republic of China (OPCW) on the limitation of the import and export of mixtures containing triethanolamine by enterprises. On October 28, 2022, the General Administration of Customs of the People's Republic of China issued a letter, clarifying the supervision requirements for mixtures containing triethanolamine as follows: 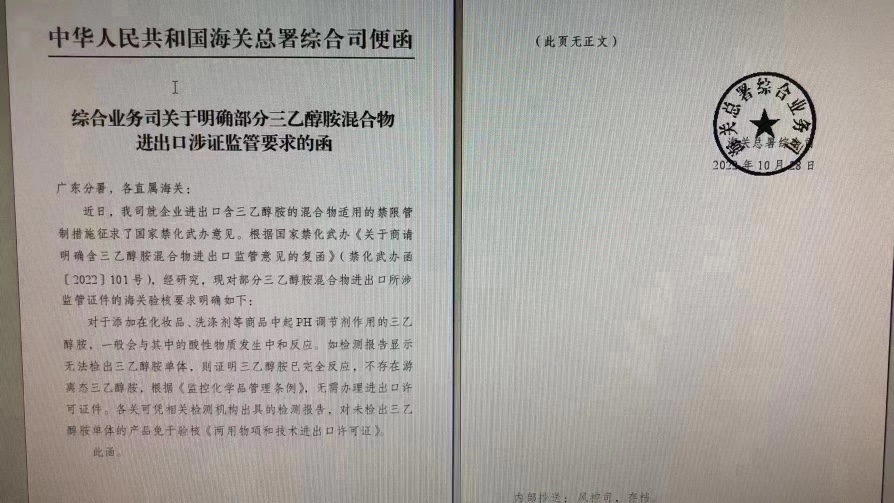 Enterprises that are allowed to handle triethanolamine import and export licenses:

Triethanolamine belongs to Category III MCCs and according to the Regulations of the People's Republic of China on the Administration of MCCs can only be operated by designated units.

At present, importers shall entrust CHINA HAOHUA or SINOCHEM to serve as their domestic consignee to handle the dual-use item license (CHINA HAOHUA or SINOCHEM will sign a contract with the foreign merchants) after they have obtained the Application Form for Users of Imported MCCs from the local CWC Office at the provincial level.